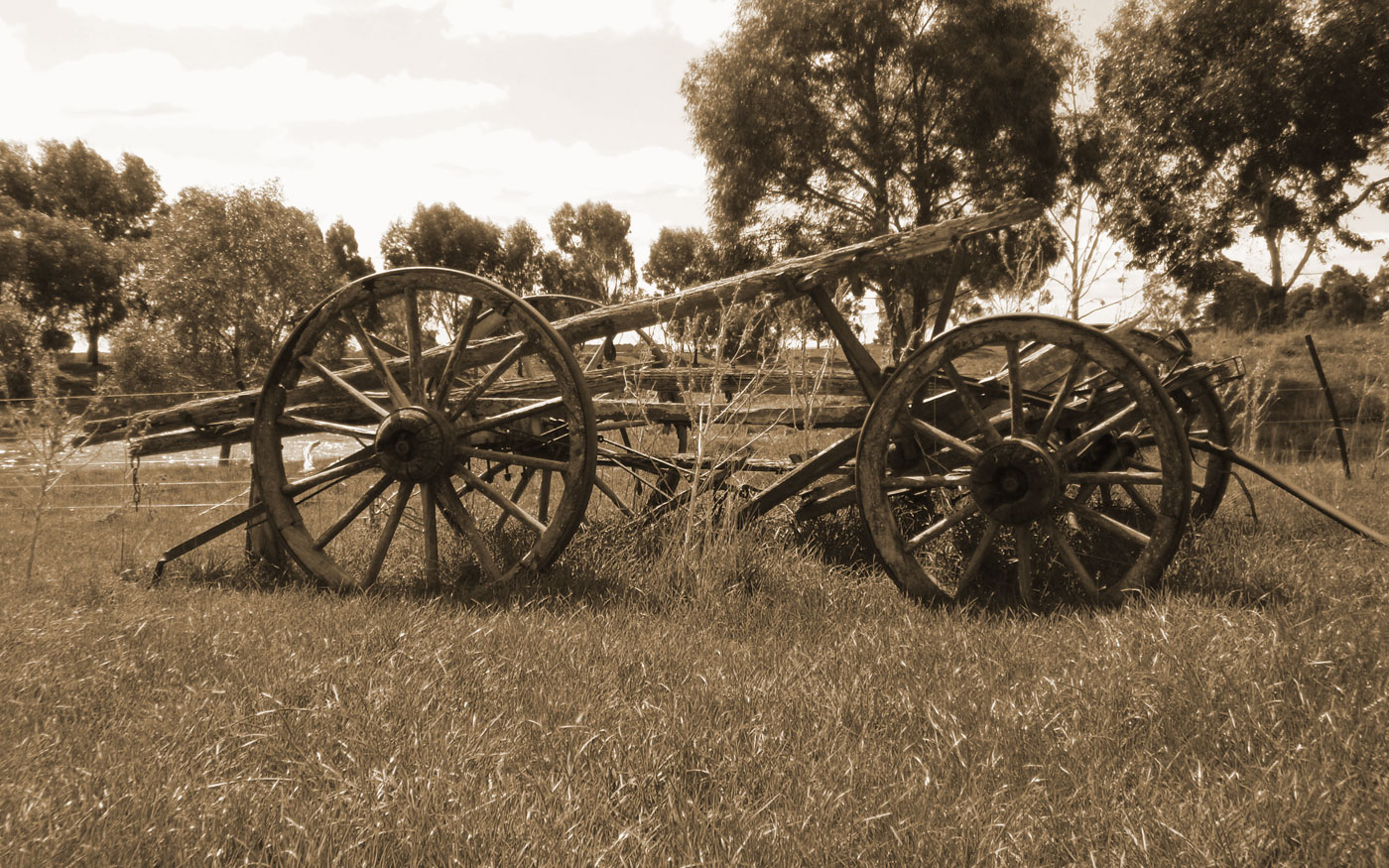 Prior to European settlement, the Wodouros, a sub-tribe of the Witto-wu-rrong tribe, roamed the tussocky plains that are now known as Mount Hesse. The tribe hunted wallaby, kangaroo and bandicoots a variety of birds in the area, as well as making a form of dough from grinding grass seeds. There are a number of camping sites on Mount Hesse where quartz chips for skinning and grinding stones have been found over the years.

Mount Hesse is situated close to Port Phillip Bay. The Bay's first European settlement, a failed penal colony, was founded in 1802. As for the property itself, John Highett and William Harding formed a partnership and were granted ‘A Licence To Occupy The Waste Lands Of The Crown’ for a fee of 10 pounds in 1837. The area they chose was Mount Hesse run number 1 covering an area of 18,500 ha. At that time, Highett had already become a successful farmer (helped by his brother, a successful banker) in the new colony, while Harding had not yet moved out from England. These early pioneers were known as squatters as they could take up as many acres of land as they could occupy. Later on a fee per head of sheep was levied by the district commissioner. In 1841 Harding arrived on the property, aged 26, with his sister Elizabeth aged 20. With no infrastructure in a vast wilderness they were a truly adventurous pair. Elizabeth married Thomas Austin, a very wealthy landowner, who infamously introduced foxes and rabbits to the Australian continent.

In 1847, after a number of years managing the run, Harding took up the license in his own account. At this stage he ran 20,000 sheep with shepherds in control of his flock. The shepherds grazed the sheep during the day and locked them up in portable timber yards or permanent stone walled 'folds'. There is an original stone fold close to the existing woolshed at Mount Hesse today. The life of the shepherds was very tough with living conditions basic in the extreme. Some occupied portable living quarters with room only for a bed, the storage of food and the necessities of life. Others more fortunate had a stone single room building erected near their fold with a water supply.

Harding was ambitious and soon began to make many improvements including a stone homestead, stables, single men’s quarters and a very large woolshed. At this stage Harding only had a lease, taking on a great deal of financial risk in this very new land. Having borrowed heavily to achieve his goals he was unable to repay his debt which is why, in 1853, he sold to William Timms.

Timms was a very successful merchant in Geelong and the largest exporter of wool from the port at the time, with 3,349 bales exported in 1849. In 1858, at the age of 46, Timms died leaving Trustees to carry on his estate. Under the Nicholson Act in 1861 the government auctioned the property, with original squatters purchases limited to 640 acres each. The present title map bears the names of 13 family members and friends who, after a period of time, resold their purchased parcels to the Timms family. In the early 1870’s the property was split between three Timms boys with John the eldest to the East on Mountside, William on the property now known as Mount Hesse and the youngest Robert to the west on Eurack.

This period was very prosperous for these early pioneers and many improvements were made with wells sunk, fences erected and crops and lucerne introduced. The property was run as partnership with all sheep branded with a triple T paint brand (still in existence). William built a very large bluestone homestead with gatekeepers cottage and extensive gardens. As with many other Western District families the boys invested in property in NSW and eventually in 1882, unable to meet repayments to their sisters, the properties were auctioned. James L Kininmonth the manager and partner in the neighbouring ‘Barunah Plains’ property bought Mount Hesse, now 6,500 ha, in a "walk-in walk-out sale" and so began his family's ongoing association with the farm.

James brought his overseer Sandy McCallum with him and quickly made many improvements with dam sinking, fencing and the drainage of swamps a priority. Sandy soon became manager allowing James to spend time and travel back to Scotland with his family. Having arrived in the fledgling colony in 1852 at the age of 18 James had certainly earned some time to himself. In 1896 James died leaving the property to be run by trustees of his estate. Sandy ran the property very successfully with around 16,000 sheep and lambs and 150 cattle on the property. Sandy retired in 1926 leaving management to Jim Kininmonth.

In 1952, aged 22, Peter Kininmonth took over the management after the death of his father.

At that time the property was 6,500 ha, had 22 on the payroll and carried 16,000 sheep with 450 cattle and 42 horses. Difficult times lay ahead of the young manager with land acquisition by the Soldier Settlement Commission leaving the property with a total of 3,550 ha in 1956. By 1984 Peter had increased carrying capacity through the introduction of improved pastures, superphosphate, and labour and time saving technologies, to 20,000 grown sheep, 452 cattle and 120 ha’s of crop managed by a total of four permanent labour units.

The current manager David Kininmonth took over the management in 1990 and, like his father, was faced with a difficult situation. Having produced the record clip of 124,000 kgs of wool in 1989, the end of the reserve price scheme led to a dramatic fall in profitability of merino sheep and to major changes in direction at Mount Hesse. The property enterprise mix was diversified, although still having wool and sheep meat production as the main focus.

2002 Purchase by the Steger Family

In 2002, the trustees of the estate of James Leonard Kininmonth decided to sell the property with the Steger family as successful purchasers. At the time of purchase in June 2002 the property carried 16,600 adult sheep, 470 cattle and 652 ha of crop with three permanent employees. Today, David Kininmonth continues to manage the property.